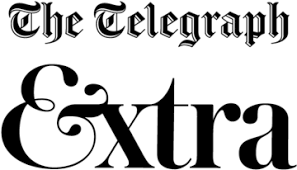 The Royal Opera House has launched their brand new streaming service, giving you access to world-class ballet and opera performances. To celebrate the launch, you can join us for performances and conversation with Music Director, Sir Antonio Pappano, and Australian-American soprano, Danielle de Niese.

Hosted by The Telegraph writer Ben Lawrence, this subscriber-exclusive event comes to you from the iconic Metropolis Studios in Chiswick, London. Danielle will perform three short arias, accompanied by Sir Antonio on piano, and the pair will discuss their favourite operatic pieces, what they are most looking forward to performing this autumn and their fascinating and illustrious careers.

Relax and enjoy an hour of world-class music and a Q&A session with two stars of the opera world from the comfort of your home.

Pappano is Music Director of The Royal Opera, a position he has held since 2002. During his tenure, he has conducted an extensive repertory, including works by Mozart, Verdi, Wagner, Puccini, Richard Strauss, Ravel, Berg, Shostakovich and Britten, as well as the world premieres of Birtwistle’s The Minotaur (2008) and Turnage’s Anna Nicole (2011). Pappano’s awards include the 2003 Olivier Award for Outstanding Achievement in Opera, and the Gold Medal of the Royal Philharmonic Society in 2015. He was knighted in the 2012 New Year Honours.

De Niese is an Australian-American soprano who, following success in the United States, came to widespread public attention after her appearance as Cleopatra in Giulio Cesare at Glyndebourne. Her career has included performances on the opera stages of Paris, Naples, Madrid, Zurich, Berlin, San Francisco, Chicago, Tokyo, Sydney, London and beyond.

Royal Opera House Stream launched on 4 October, bringing you unrivalled access to the archives of The Royal Ballet and The Royal Opera. You can watch recorded performances and choreography as well as behind-the-scenes features and insights.