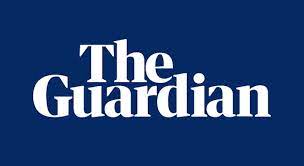 Christmas has in some ways come early at the Royal Opera, where there is something of a Nutcracker vibe to Richard Jones’s production of Puccini’s tearjerker: falling snow, a festive chorus dressed as if for a Technicolor Dickens adaptation, and the prospect of Stewart Laing’s sets being wheeled back and forth for weeks to house several varyingly starry casts.

Top of the billing in this revival, directed by Danielle Urbas, and leading the opening-night cast, is Juan Diego Flórez. It’s not often you get to see and hear a singer with a quarter century of stage experience come fresh to Rodolfo, Puccini’s least mature leading man, but after two decades as the international king of florid 19th-century tenor roles Flórez is branching into heavier repertoire. His experience tells: if you really want to hear the heat-glow heft of a classic Puccini tenor then you could wait for other singers later in the run, but you miss a winning performance from Flórez, all elegant phrasing, rock-solid technique and boyish charm. 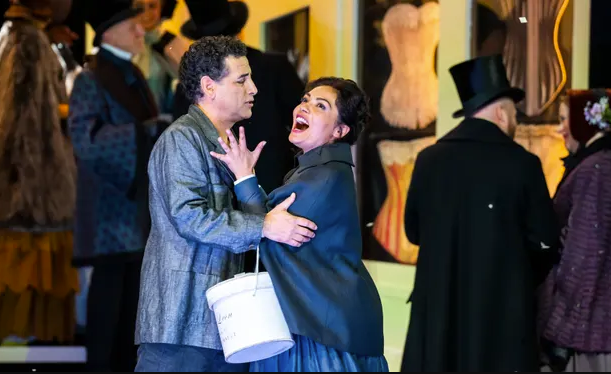 Danielle de Niese is a megawatt Musetta, embodying Jones’s slightly merciless idea of the character – sending up her wistful waltz to make her look drunk and desperate is the perhaps production’s only real misstep, even if we’re never in any doubt that she’ll get what she wants. She’s well matched with the scene-stealing Marcello of Andrey Zhilikhovsky, making an impressive Royal Opera debut. Is it wrong to wonder whether the most heartfelt love duet in this opera might in fact be the one for Rodolfo and his bromance buddy? It sometimes feels that way here, as next to these three Ailyn Pérez’s Mimì seems initially a little cool, though she gains in warmth as the evening goes on and fills the theatre with her silvery, almost steely soprano in the big moments. Ross Ramgobin and Michael Mofidian round out the energetic quartet of Bohemians.

With Kevin John Edusei conducting there is no shortage of detail and the orchestra often sounds sumptuous, yet some of the quicksilver flow goes missing: you can hear the cogs in the music turning, just as you can see the stage-hands moving the sets.