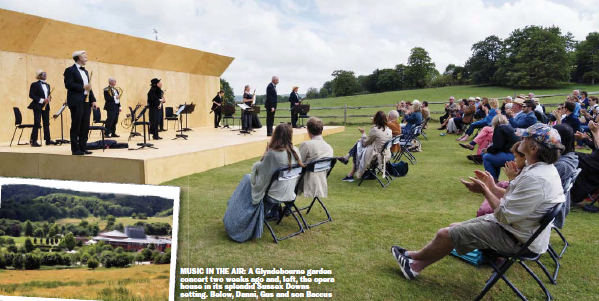 They say its not over til the fat lady sings. And it’s far from over at the Glynebourne country house, where opera this week returns for the first time since lockdown.
The world-famous opera venue is back for a mini-festival of socially distanced afternoon performances.
And for the leading soprano Danielle de Niese it marks for more than a return to the stage – its the fulfillment of a promise to staff that not one, from performers to seasonal car park attendants, would lose their job in the COVID crisis.
Glyndebourne, which had to cancel the fabled summer festival, was able to deliver on the pledge thanks to a war chest started when foot and mouth restrictions threatened to wreck its finances.
Since then, careful financial planning generous donations from the public, many of whom refused refunds for canceled performances, has meant its glorious Sussex gardens – which have already been hosting garden concerts – is now ready for a sellout series of opera performances from Wednesday.
Danielle – know as Danni – 41, is married to the opera company boss, Gus Christie , whose grandparents, started life in the idyllic setting of the Glyndebourne , country house, and are expecting their second child in November.
Staff welfare was at the front of their minds when the scale of the coronavirus epidemic, which saw the annual summer festival canceled, became apparent. 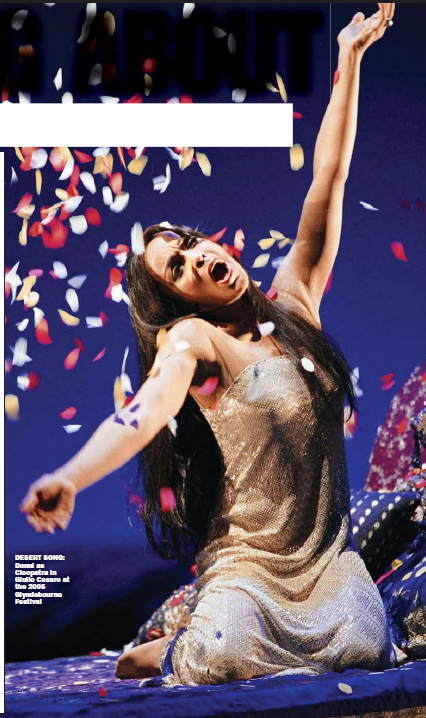 Says Danni “Our first priority was how do we make sure that there are no redundancies, How do we look after the Glyndebourne Family? ” It has been very troubling, Gus has been at the helm of an inordinate number of meetings and on Zoom working out contingency plans about how to keep Gylnebourne afloat. Glyndebourne is privately funded so the main festival does not receive money from the Government.
Gus just looked at how to keep the Glyndebourne employees, the family as it were, protected, and having financial support, The quest was ” How do we make sure there are no redundancies”?
“That was the issue Gus and his administration were tackling – what should they do now about the festival, how can the festival go on and what are the guidelines -? every time the guidelines changed, now plans had to be made.
“It was a big adventure finding out the festival could happen. Deadlines kept passing but the priority was making sure that it is safe making everyone feel safe, as we as how we protect peoples livelihoods. People have given their lives tp Glyndebourneand livelihoods needed to be protected”
Danni who will be performing in the Offenbach opera. In the market for Love has been filming a BBC program in Germany in March when she was told she had three hours to leave the country before it locked down. Back in Sussex, she learned that the UK was following suit and recalls the feeling of dread. ” When it was announced we had to tell everyone to down tools,” she says ” it was a case of ” Please Exit the Building ” it WAs immediate and we were alone in the house and it was surreal”
” Its a beautiful house and it’s on a beautiful plot of land but there was really serious problems to solve ”
“It’s not like we were just swanning about, we did have to do things like water the plants in the gardens. The gardeners weren’t there for the first months and so we had to do it ourselves or the gardens were going to die.
” There was also that juxtaposition between being in dire meetings that Gus was going, just trying to keep the place going, and keeping the life in a place so it could be ready one day “.