Louise Flind, daughter of Glyndebourne’s former executive chairman Sir George Christie, heralds the venue’s reopening
The Daily Telegraph7 Aug 2020For details for all events, ring 01273 81500, or go to glyndebourne.com As my brother Gus says wryly, ‘We’re not doing this to make money’ 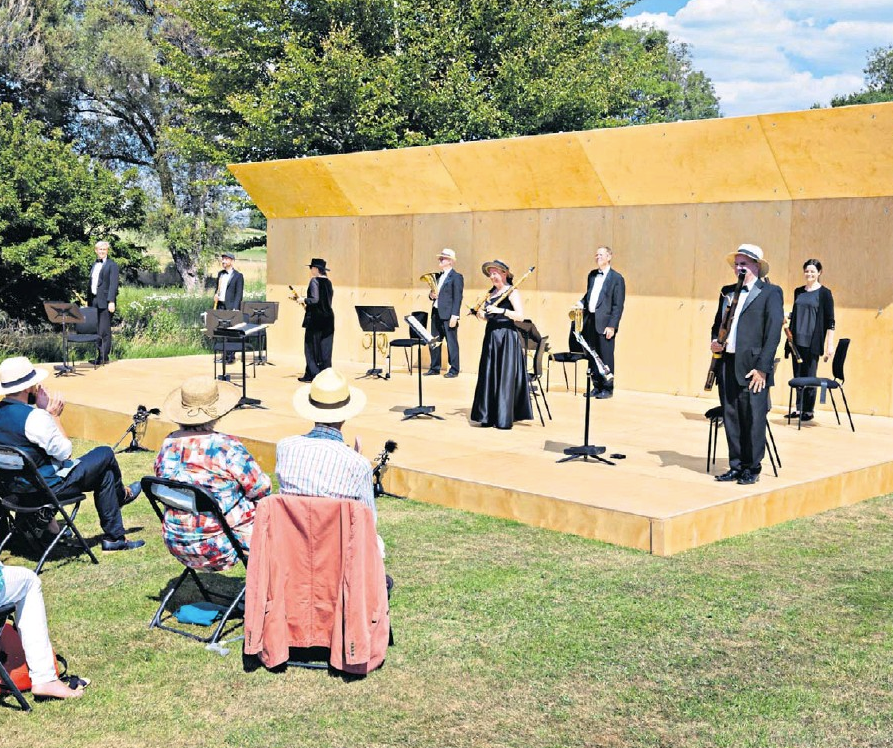 The Orchestra of the Age of the Enlightenment performing last month; below, Sir George and Lady Christie with their children in 1975
Glyndebourne is back in business. The lawns are green, the sheep are in the ha-ha, the singers and conductor are hard at work and, most thrillingly of all, the audiences are starting to return. Garden concerts began in late July, and next week will see the return of opera itself, with a one-act Offenbach performed al fresco until the end of August. Even the sun is shining.

I have a particularly close attachment to the place. My father, George Christie, ran it from 1962 until his death in 2014, which meant that I was born (in 1966) and brought up there, along with my three brothers, Hec, Gus and Tol. I also worked there in the Nineties and was on the board until 2019.

This year, however, Glyndebourne was rocked by two monumental events: in May, the cancellation of the festival; and then the death of my mother, Mary Christie, on June 4. Without her, without singers warming up, punters in penguin suits, directors, conductors and designers filling up the house, and without my father and latterly Gus (who took over from Dad as executive chairman) striding through the covered way, the summer has felt very depleted indeed.

Two gaping gaps, then – but then a real joy: the recent announcement that Gus and his wife, the soprano Danielle de Niese, are going to have a daughter, which means there’s going to be a new baby girl at Glyndebourne for the first time in 54 years. And, added to this new era of course, there’s Glyndebourne’s other “rebirth”: its restarting after lockdown.

To describe all this as welcome is a colossal understatement. Just over four months ago, Glyndebourne was gearing up for the 2020 season. Thousands of tickets had been sold, restaurant bookings were flooding in, sponsors were being chased up, the sets for the new productions were being slotted into place.

Then, the pandemic descended upon us. On March 20 – just 10 days before costume fittings and rehearsals were about to begin – the entire permanent staff was told to down tools and go home. Glyndebourne was evacuated, leaving only Gus (who lives in the house next door to the theatre), Danni, their five-year-old son Bacchus, Ryan the security guard, two bulldogs and one water dog on site.

Not forgetting he had a greenhouse full of thirsty plants that needed nurturing, Kevin Martin, the head gardener, rang Gus and Danni and drafted them into doing the watering. What he didn’t bargain for was Bacchus switching the plants’ labels around, so no one knew which was which. As Kevin told me: “I can tell the different plants, but I can’t tell two plants with different colour flowers until they flower.”

Meanwhile, 70 per cent of the workforce was furloughed, leaving the heads of departments, working from home, to plan their way towards something. At first, they hoped to be able to launch a reduced festival in July. But this was shelved in May when the Government confirmed that indoor entertainment was prohibited.

Glyndebourne happens to be in good shape financially – and, curiously, it has foot and mouth disease to thank for this. In 2001, during that crisis, it looked as though that year’s festival might have to be cancelled. The reserves were about £8million – not bad, you might think, but in fact considerably less than a year’s operating cost.

As Sarah Hopwood, the managing director, says, “If we’d cancelled then, we probably never would have reopened. We made a commitment there and then to build a sensible reserves level so that we would never be put at that risk again.” 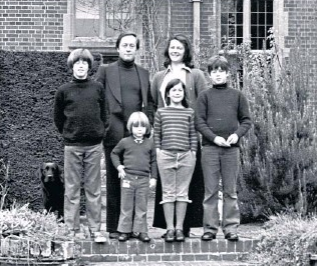 By the end of 2019, reserves were healthy enough for a £7million upgrade to the backstage infrastructure, which was about to start (but never did). This, as Sarah says, enabled Glyndebourne to take advantage of the government’s Coronavirus Business Interruption Loan Scheme. “We’ve managed to draw the full amount, £5million,” she says, “which is interest-free for the first year, and we’ve taken out a £2.5million overdraft. Of course, we’ve also carried on paying all our staff – we’re not going to make anyone redundant. This is about looking forwards and making sure we survive.”

Even so, the financial implications are daunting. With a business model that is based on selling 95 per cent of tickets, Glyndebourne risks losing millions. It is therefore vital to keep the members – our “life blood”, as Sarah calls them – on side.

Glyndebourne members pay an annual fee, get priority booking and are offered a variety of different events throughout the year. They also come to care deeply about the condition of the building. “We haven’t had many people complaining,” says Helen Mccarthy, director of development, “because we’ve put out these free films every week, at 5pm every Sunday, and people are still dressing up for them, sitting in their front rooms and having a picnic.”

This is Glyndebourne Open House, a digital festival (on Youtube and the Glyndebourne website) of productions including Richard Jones’s Rosenkavalier, Laurent Pelly’s Ravel double bill and Jonathan Kent’s Don Giovanni. It’s gone down well, but Glyndebourne also needed to get the punters back on site.

Being blessed with a big garden, performances there were an obvious next step. And so, in mid-july, eight players from the Orchestra of the Age of the Enlightenment, conducted by Aidan Oliver, began live concerts to audiences of 200. What’s more, the London Philharmonic Orchestra will be back next week in shows featuring a concert for the first half and Offenbach’s Mesdames de la Halle in the second.

When the 5,000 tickets (for the gardens and performances) were released, they all went in just 40 minutes. As Stephen Langridge, the artistic director, says, this is “an indication that people really want to experience music and theatre – as long as they feel safe – with other human beings, live”.

Garden opera provides this like no other activity, especially in the good weather currently being enjoyed in the south. So, three stages were built from standard stage rostra and plywood (and heavily varnished to protect them from any less clement weather to come): one for the OAE concerts, and two for the opera – ie one for the singers, the other for the London Philharmonic Orchestra.

Mesdames de la Halle will be sung in English in a new version by Stephen Plaice and Marcia Bellamy entitled In the Market for Love. Local singers have been booked, the most local of all being Danni. She is having to rehearse and perform while pregnant (currently six and a half months) – although, because of Bacchus, she has form in this.

“Every pregnancy is different,” she tells me. “Some women love singing while pregnant, and others hate it. In my case [the experience] hasn’t been the easiest, mainly because the overload of progesterone shortens and thickens the vocal folds. But I really am enjoying every minute of it and wouldn’t have it any other way.”

The only other time Glyndebourne (founded in 1934) has cancelled a festival was during the Second World War (from 1941-45), and, although the garden opera and concerts at least get people here for a bit and are certainly a step in the right direction, they can’t compare to what usually happens. As Gus says wryly: “We’re not doing this to make money.” 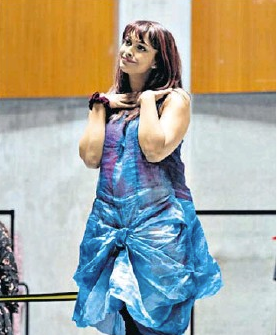 To be honest, I’m not too sure what our late, beloved mother would have thought, since she was fairly exasperated by the White Cube pop-up gallery in the garden five years ago. “It’s popped up over my yew hedge, darling,” she told me.

Mum was proud of the garden and the gardeners. Realising they doubled up as a foyer to the theatre, she felt the responsibility and wanted the garden to shine. Before the fundraising concert for the new opera house back in 1992, she had us all weeding. As well as being the heart, confidante and sparkle of Glyndebourne, Mum’s role as the chatelaine was far-reaching and she was once, much to her delight, billed as “the most powerful woman in opera”.

As for the continuation of her legacy, and the full reopening of Glyndebourne, Stephen is insistent. “People need music theatre,” he says, simply. “And therefore it will happen.”

‘People want to watch music with other human beings, live’