The soprano Danielle de Niese is a straight-up diamonds-for-daytime diva who is dressed for casual in bold, black eyeliner, carmine lips and a Fifties-style sundress. ‘There is no off-duty me, this isn’t a veneer,’ she confirms as she gallops around in Karl Lagerfeld heels, trailing her dogs behind her. She doesn’t own a T-shirt and even her dressing gown has a train.

It’s fitting, since de Niese is the lady of Glyndebourne, where chaps in black tie and ladies in evening gowns, champagne on ice and wicker picnic baskets are among the smartest images of the English summer season.

The South Downs stately home, near Lewes in Sussex, is the cathedral of opera in this country. Yet little happens on stage that can match the drama of its chatelaine’s life.

De Niese, 40, made her debut there in 2005 playing Cleopatra in Handel’s Giulio Cesare, stepping in to replace a sick star. By the close of the 2006 season she had fallen in love with Glyndebourne’s owner, Gus Christie, 55, and in doing so she was reliving history. Christie’s grandfather John built the opera house at the back of his family’s stately home for the love of his life, the Canadian soprano Audrey Mildmay.

Christie and de Niese married and had a son, Bacchus, who is four and who, for a short time, cost his mother her voice.

‘That can happen in pregnancy,’ she tells me. ‘The upside was that I sounded like a sexy Bond girl. The downside was that I couldn’t sing. Husky, you know. I was attempting nursery rhymes with a five-note range and whispering, “Don’t judge. This is not the real me. Mummy’s voice will come back.” She was too tied up in new motherhood to be terrified it wouldn’t. ‘I was done worrying about Ravel. I was thinking: I have a baby. When is my milk coming in?’

As an ambitious American with boundless energy, not to mention those sex-bomb looks, de Niese apparently ruffled a few feathers marrying into such a rarefied world. There were even rumours she had done away with Glyndebourne’s resident pugs in favour of bulldogs. ‘Like the Queen in Alice In Wonderland: “Off with their heads,”’ she laughs. ‘No, the pugs died, unfortunately. That’s it. I did not come here to try to change anything or to put my stamp on the house with a new carpet or curtains. I do that on stage, that’s where I show who I am.’ 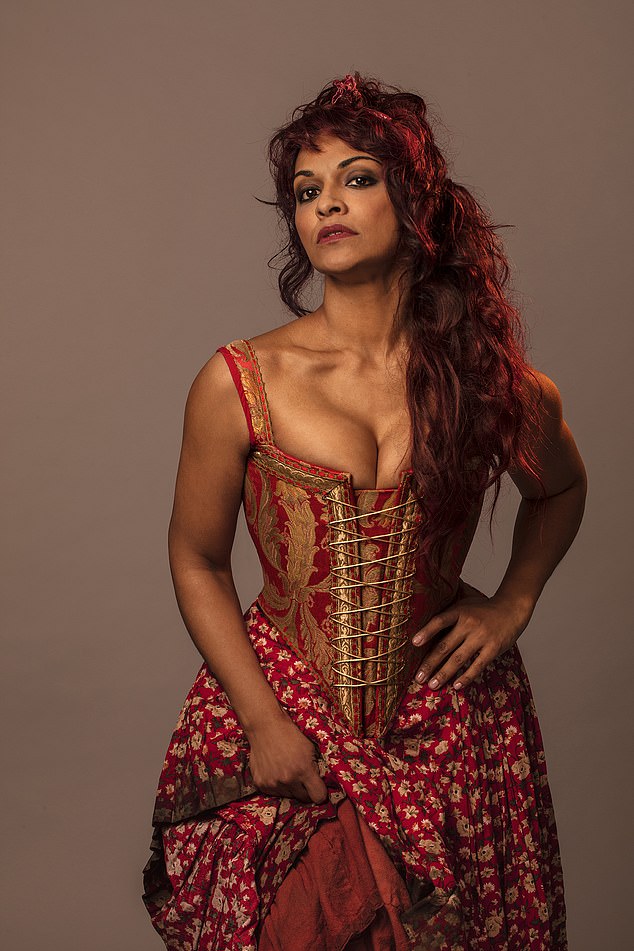 Today she is sitting in the family’s private quarters. This Glyndebourne, out of sight of opera-lovers, is unexpectedly informal – all toy trains, stacks of marbles and children’s pictures Blu-Tacked above the Aga. The world-famous gardens give way round the back of the house to a rambling wildflower meadow containing a paddling pool and Bacchus’s goalposts. The glamorous exterior of Glyndebourne hides a surprisingly homely heart. An afternoon with de Niese tells you she is the same.

Take the marriage proposal from Christie that came not, as you might expect, amid the 600-year-old splendour of the estate, or even during a night at the opera, but in the small town of Bowling Green, Ohio. Christie presented de Niese with a pink sapphire from Sri Lanka (her Australian parents’ roots are on the island), loose in a clear plastic trinket box. ‘At first I thought it was one of those puzzles where you roll the ball around trying to get it into the hole,’ she says. ‘Afterwards we went for a burger and a milkshake. It was epic.’

And don’t get her started on all the things that have gone wrong during what appears to be a gilded career. ‘Oh, too many to remember. In Cinderella the buckle came off my shoe and I had to be lifted and carried around on stage with it dangling off my toes thinking, please, please don’t fall off.

‘Or there was the time in Vienna when the playback speaker [which she uses to count down to her appearances] in my dressing room had broken but I did not know. Eventually someone knocked on my door and said, “Er, we think you are supposed to be on now.”’ 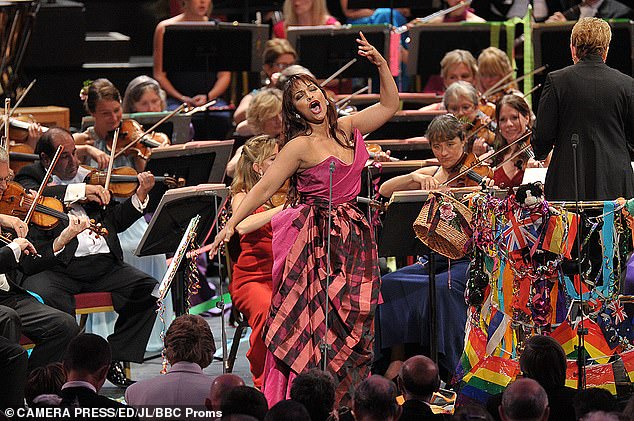 Probably her worst experience was in Prague. ‘I went off stage through the wrong door and found myself on the pavement locked out by an emergency exit. I had to run all the way back round and I was banging and banging to be allowed in. Fortunately it was Don Giovanni and I had to sing something off stage. I got there just in time to do that and bound on.’

De Niese was born in Australia but the family moved to America and she grew up in Los Angeles, winning an Emmy at 16 for presenting a children’s current-affairs arts show. By 19 she had made her debut at the Metropolitan Opera in New York playing Barbarina in Mozart’s The Marriage Of Figaro. Three years later she appeared in Ridley Scott’s Hannibal.

She attracted a lot of early attention but managed to avoid the seamier side of classical music in which famous conductors and concert masters try to pursue young stars. ‘You heard about singers willing to sleep around with this maestro or that, but I had way too high ethical and moral standards,’ she says. ‘I wanted to earn my success the old-fashioned way, the hard way. I have not encountered anything where pressure has been put on me and I have gone to good lengths to ensure nobody would think they could try.’

So her career was already established and in the ascendant when she crossed the Atlantic to try out at Glyndebourne – and changed her life completely. Not that she had any inkling of what was to come. ‘I was in another relationship at the time, I did not have those goggles on!’

This year she has been singing at home, performing in the title role of Massenet’s Cendrillon (Cinderella) but her diary, which is booked five years in advance, sees her perform worldwide, too.

‘People know Glyndebourne and Gus and they think, “Mmm, Mrs Glyndebourne, that is what she does,” and I have to remind people it’s not the only thing I do. But it is a calling. If you marry someone who runs an institution like this, you have to be here to support them. It is a huge juggle.’

There is also motherhood to consider. ‘If I felt I was not there for Bacchus or not investing in him you could give me fame on a platter and I wouldn’t be happy,’ she says, though before she gave birth she was in a degree of denial about what it would mean. She even tried to keep her commitment to a role at the Met when she was massively pregnant. ‘Why can’t I? I thought, the opera is definitely not size-ist. But the Met were going, “You can’t breathe,” and I was going, “I know”. And I was supposed to be an ingénue!’ Which opera? ‘The Merry Widow!’ By now she’s laughing so hard Bacchus sticks his head around the door to see what’s amusing her. ‘I guess I did not want to let go.’

She did, and came out the other side with the agility to hold down three major roles simultaneously: wife and mother, singing star and 21st century custodian of Glyndebourne. Today her voice is still changing, promising even more. ‘Voices settle, they don’t find their home colour until your late 30s and early 40s,’ de Niese explains. The house though, remains as it has always been, a romantic, rural outpost of the world’s musical empire.

‘Most opera houses are in a metropolis, somewhere you can nip out and get a coffee,’ she says. ‘Here you are on the lawn with your mug, just staring at sheep. It’s very special.’

She is still evangelising about it when Christie appears from his office next door to scoop his wife up for a cup of tea. In the kitchen a trug of beans grown in their own vegetable garden sits on the side ready to be turned into puree with some scallops for dinner. Bacchus has a xylophone book open on the table. De Niese has Ariana Grande and Kool And The Gang on her iPod and is kicking back, still in her designer sundress, of course. It’s going to be a top night at the other Glyndebourne. The one for which you can’t buy a ticket.

‘Cendrillon’ runs until August 2 at Glyndebourne. Tickets are now also on sale to see de Niese and Alfie Boe in ‘Songs From The Stage’ at the Royal Albert Hall on October 20