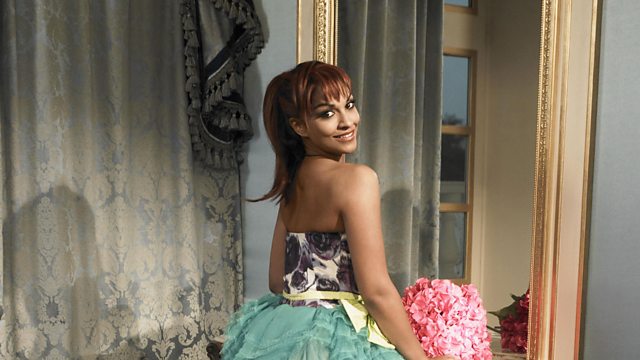 Nikki Bedi is joined in the studio by opera star Danielle de Niese who talks about the urbanisation of her latest soprano role in Fiona Shaw’s production of Massanet’s Cendrillon and her wish list of collaborations with hip hop stars. British-Lebanese writer and filmmaker Nasri Atallah joins discussion of highlights from this week’s BBC arts coverage including Stormzy’s headlining set at the Glastonbury Festival.

Oscar winning director Danny Boyle and his lead actor Himesh Patel discuss their film Yesterday which creates a world where everyone has forgotten the Beatles’ music except one young singer!
Hollywood star Keanu Reeves talks about his role in upcoming computer game Cyberpunk2077, theatre director Emma Rice talks about adapting Enid Blyton’s classic Malory Towers stories for the stage and Homeland actor David Harewood is candid about his experience of revisiting a breakdown he had 30 years ago, for the documentary film, Psychosis and Me.

Read More
Previous LinkDanielle de Niese nominated for Female Artist of the Year by Opus Klassik, GermanyNext LinkOpera star Danielle de Niese on the dramatic twist of fate that led her to become… The First Lady Of Glyndebourne