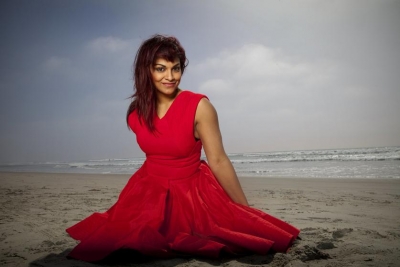 Many children have starry-eyed dreams about what they want to be when they grow up, but Melbourne-born and internationally renowned opera singer Danielle de Niese always had a crystal clear idea of where she was headed.

“I knew at the age of eight that I wanted to be an opera singer,” she says. “It felt very special to me, very organic and natural. I had an affinity with it that made me want to continue.”

To say she was an early starter would be putting it mildly. After commencing singing and dancing lessons at six, de Niese made her mark a few years later aged nine when she was declared the ‘Talent Discovery of the Year’ on popular Australian television show Young Talent Time for performing a medley of Whitney Houston songs. It was a huge achievement for someone so young, and her first step towards a professional calling.

“I was bitten very early by the performing bug,” she says, crediting Australia with launching her career.

The path to success

After deciding to focus her attention on classical music, she was eager to develop her skills and followed her Young Talent Time success with more lessons, plus participation in a range of Australian musicals and theatre productions, as well as adult classical singing competitions and eisteddfods where she regularly came out on top against performers years older than her.

It was a rigorous education and she insists that it wouldn’t have been possible without the unwavering support of her parents, who moved to Australia from Sri Lanka before she was born.

“I was lucky because I always had my mum guiding me through and helping me,” de Niese says. “She did singing lessons herself and she’s the most musical person I know. From her, I learned the difference between just singing music from a page and actually interpreting music and making it your own.”

After moving with her family to Los Angeles, where she hosted a television show and won an Emmy Award at just 16, she became the youngest performer ever to join the Metropolitan Opera’s prestigious Lindemann Young Artist Development Program at 18. Her debut with the company in The Marriage of Figaro followed a year later and the rest, as they say, is history.

Yet, despite her meteoric rise, de Niese insists that she never felt pressure to break barriers in her career.

“I was thrilled by it all but I also saw it as an opportunity to take my time,” she says. “I didn’t want to go through my career trying to be the ‘youngest’ at everything because I had so much of that as a child. I preferred to think that, because I started younger, I had more time on my hands to take the right steps and not make bad decisions that could cost me my voice.”

Her steady approach has paid off, and she is now considered one of the brightest stars on the opera scene today, in hot demand by all of the world’s leading companies including the Glyndebourne Festival Opera, where her husband is Executive Chairman. In addition to being mother to their two-year-old son Bacchus, she has also been busy beyond the stage and recorded six albums, performed with LL Cool J at Carnegie Hall, appeared in the Ridley Scott film Hannibal, and is a patron of various charities.

It’s a lot to juggle but de Niese says she manages the load, and keeps her career on the right path, by working closely with mentors that include her mother, her current singing teacher and vocal coach in the UK Gerald Martin Moore, and opera legend Dame Kiri Te Kanawa.

“It’s a dream come true because she was my idol as a child,” she says. “To have the chance to study in an intimate voice lesson atmosphere with someone you admire like that is unreal, she’s just amazing. She’s an incredible technician of sound and technique and beauty, and someone I can always turn to.”

All of these experiences were undeniably thrilling, but de Niese’s true dream was to return to Australia and perform for her home audience once again. In 2018, she finally had her chance when she made her Sydney Opera House debut in the title role of Opera Australia’s The Merry Widow.

“It was an absolutely stunning experience and I couldn’t have asked for a better homecoming,” de Niese says. “All of my dreams were born in Australia and my whole journey started there. When you go away and come back you can only dream of being welcomed like that. It makes me quite emotional just thinking about it.”

The production, directed by Graeme Murphy, broke box office records and was a triumph in every way, and the experience has left de Niese eagerly anticipating her next opportunity to perform in Australia once again.

“I was so thrilled with the production,” she says. “I can’t wait to go back. It will always and forever be one of the highlights of my career.”