Danielle de Niese excels in Poulenc’s operatic adaptation of the Cocteau drama, about an ex-lover on the phone to the one who jilted her 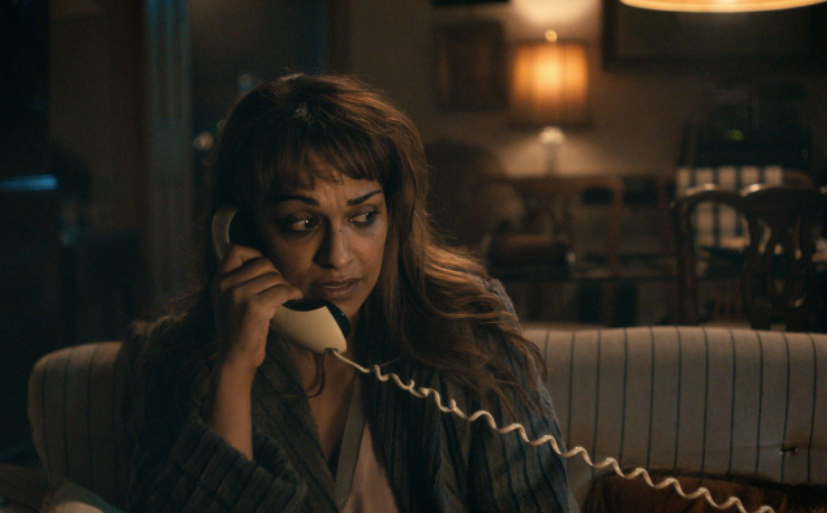 Gone are the days when the Easter and Christmas periods would present a feast of opera and ballet on the BBC. It is symbolic of squeezed budgets and changing priorities that the Corporation’s offering, this Good Friday, is no glamorous international co-production, but an opera for a single performer filmed in a house.

Still, this performance of Francis Poulenc’s La voix humaine (1958) is skilfully filmed, the production values are high, and the excellent Royal Opera Orchestra is somewhere nearby, in a studio, under the indefatigable Antonio Pappano. Poulenc’s intense and introverted drama is a natural fit for television, too: he wrote it as a vehicle for his favoured soprano, Denise Duval (though some had hoped that Maria Callas would sing it), using a 1920s play by his long-time friend, Jean Cocteau.

La voix humaine is a bleakly emotional monologue, by turns despairing, histrionic and regretful, of a woman on the phone to a lover who has deserted her. The text has had a surprisingly long life considering it might well be thought both misogynistic and dated in the era of female empowerment and the mobile phone. In the last year alone, it has attracted versions by Ivo van Hove in the theatre, Pedro Almodóvar in the cinema and Barbara Hannigan self-conducting Poulenc’s version in the concert hall – none of them totally successful.

There’s a constant danger of the drama becoming a self-indulgent moan; fortunately, James Kent’s production avoids this fate. In the lone role of “Elle”, Danielle de Niese completely inhabits the situation, enveloping herself emotionally in the unfolding drama. Her voice has never been among the largest, but for the intimacy of the TV camera, it’s ideal: she twists and turns, alternating between self-pity and accusation, yearning for a past that has disappeared.

De Niese’s voice is sensual and urgent: she allows herself some semi-sung moments, ignoring the notes and instead using a highly effective half-speech (she follows Duval in cutting one optional passage of the 40-minute score). Poulenc’s individual harmonic language is sharply defined and wholly personal; his perfectly judged orchestration makes plenty of space for the voice, while concentrating the full orchestra into passionate shrieks and outbursts.

Cocteau originally specified an unchanging stage setting, but in this film, de Niese is allowed to move around the darkly-shaded rooms and corridor of the house, taking advantage of a cordless phone for most of the time, and only picking up her landline after one of the many interruptions and crossed lines that punctuate the drama. There are just a few flashbacks, discreetly managed, of her past relationship and a suicide attempt the previous evening, but otherwise the focus on her narrative is unrelenting. Remarkably, there is no dubbing: de Niese sings the entire part live, lending the tale great immediacy.

Though recent versions of Cocteau’s monodrama have failed to triumph, Poulenc’s score has been regularly revived, most compellingly sung on stage by Elisabeth Söderström and (in this country) by Felicity Lott. This film will be an excellent introduction to a work that forms part of Glyndebourne’s Poulenc double-bill this summer, where it will be sung by Stéphanie d’Oustrac – and no doubt closely watched from her residence there by one Danielle de Niese.