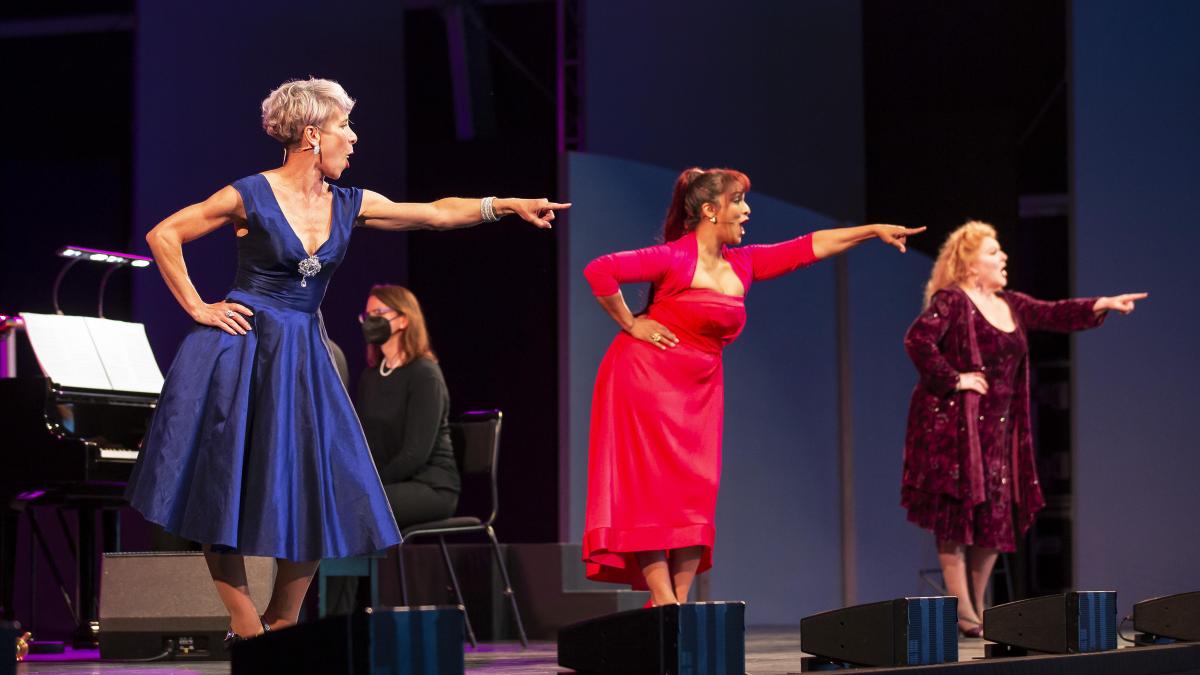 It’s possible you don’t have to be a Rodgers and Hammerstein fan to enjoy this show, but I suspect that if you weren’t you would probably go crazy by the end of this non-stop compilation of their songs. The first 60 seconds alone contain snatches from about six different musicals, in at least six different keys, and the pace hardly flags in the next 100 minutes.

Nor do the costume changes. At one point that estimable Scottish baritone Richard Morrison (known in the profession, I’m sure, as Richard Morrison the Greater) has to make such a quick change of shirt that he’s still buttoning it up as he starts singing.

What started as a Broadway revue in 1992 has been adapted by that quintessential Broadway dame Kim Criswell, who directs and is one of the five singers. Her supercharged rendition of I Cain’t Say No is a highlight, but she’s by no means the star. Morrison has a suave way with a ballad. Anna-Jane Casey brings sharp moves, bravely ending one number with the splits. Damian Humbley croons amiably. And there’s Danielle de Niese, who sings radiantly without a trace of operatic airs and graces. In the unlikely event of Glyndebourne staging Oklahoma!, it won’t have to look far for a Laurey.

There’s no real plot, but the songs follow a kind of emotional thread and are interspersed with attempts to be topical. As De Niese and Humbley are about to embrace each other, he says, “We should probably keep a social distance,” to which she replies: “Oh, I’m not very good at that.” Not the funniest repartee in theatrical history, but as good as it gets here.

A seven-piece band directed from the piano by Wayne Marshall plays sweetly but could do with some brass to add punch, just as Hammerstein’s homespun lyrics could do with being spiced up by a dash of waspish irony. A few songs by Rodgers and Hart, perhaps — if that isn’t a heretical thought. Still, at least we were spared Climb Ev’ry Mountain.
Further performances to August 13, eif.co.uk