The baroque opera project of the Teatro alla Scala has made a quantum leap with Julius Caesar in Egypt by Handel . The direction entrusted to Giovanni Antonini was usually a guarantee of elegance and sound control, but the difference was made by Robert Carsen and the cast. 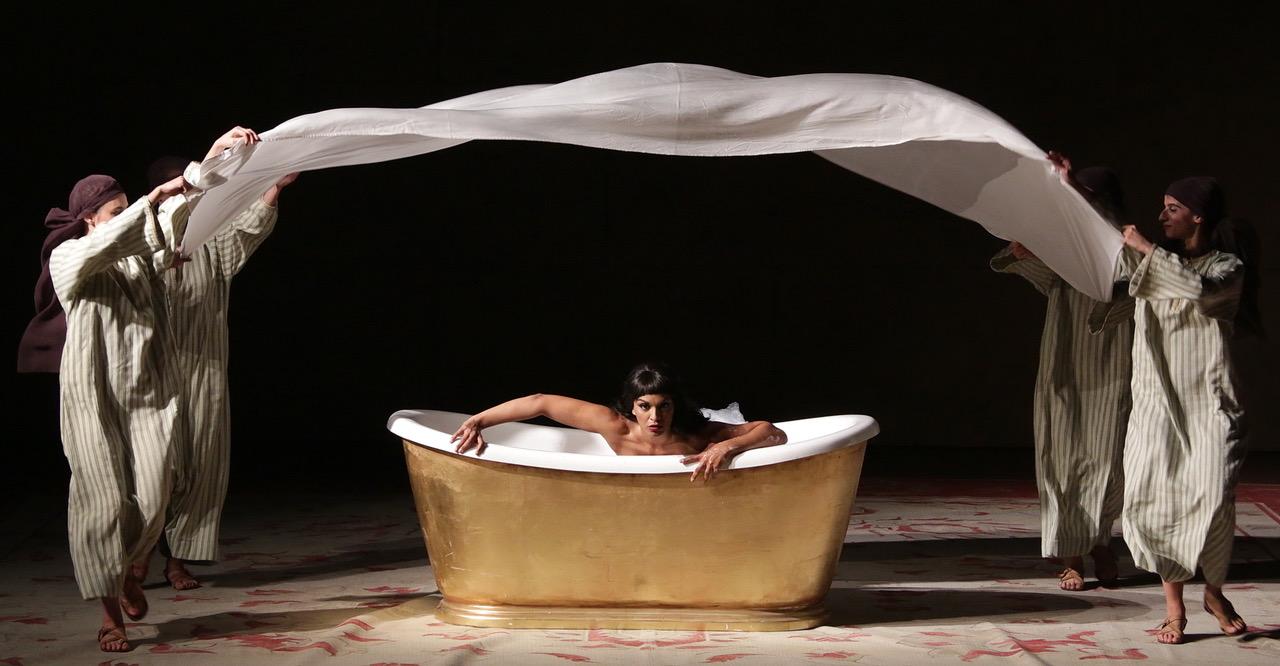 First absolute woman Danielle de Niese , good, beautiful and witty, making her debut at La Scala. Equipped with a very agile, expressive voice and the necessary volume at Piermarini’s room, there is not one of her arias that did not deserve the long applause that crowned her. At his side, in the guise of Caesar, Bejun Mehta , a long-time counter- tenor , former protagonist of the Tamerlane last season, is able to face every roughness with absolute precision, even if sometimes the emission is monotonous and not very suitable for the emotion that might be expected. As for example in the painful and meditative “Alma del gran Pompeo”. The actualization made by the director is total, both Caesar and his are in a camouflage suit or when serving in uniform, while the Egyptians are held by Arab guerrillas. To give the touch of an imaginary Egypt the backdrops with the desert dunes and the walls with hieroglyphics where also tanks and machine guns held by the gods appear. 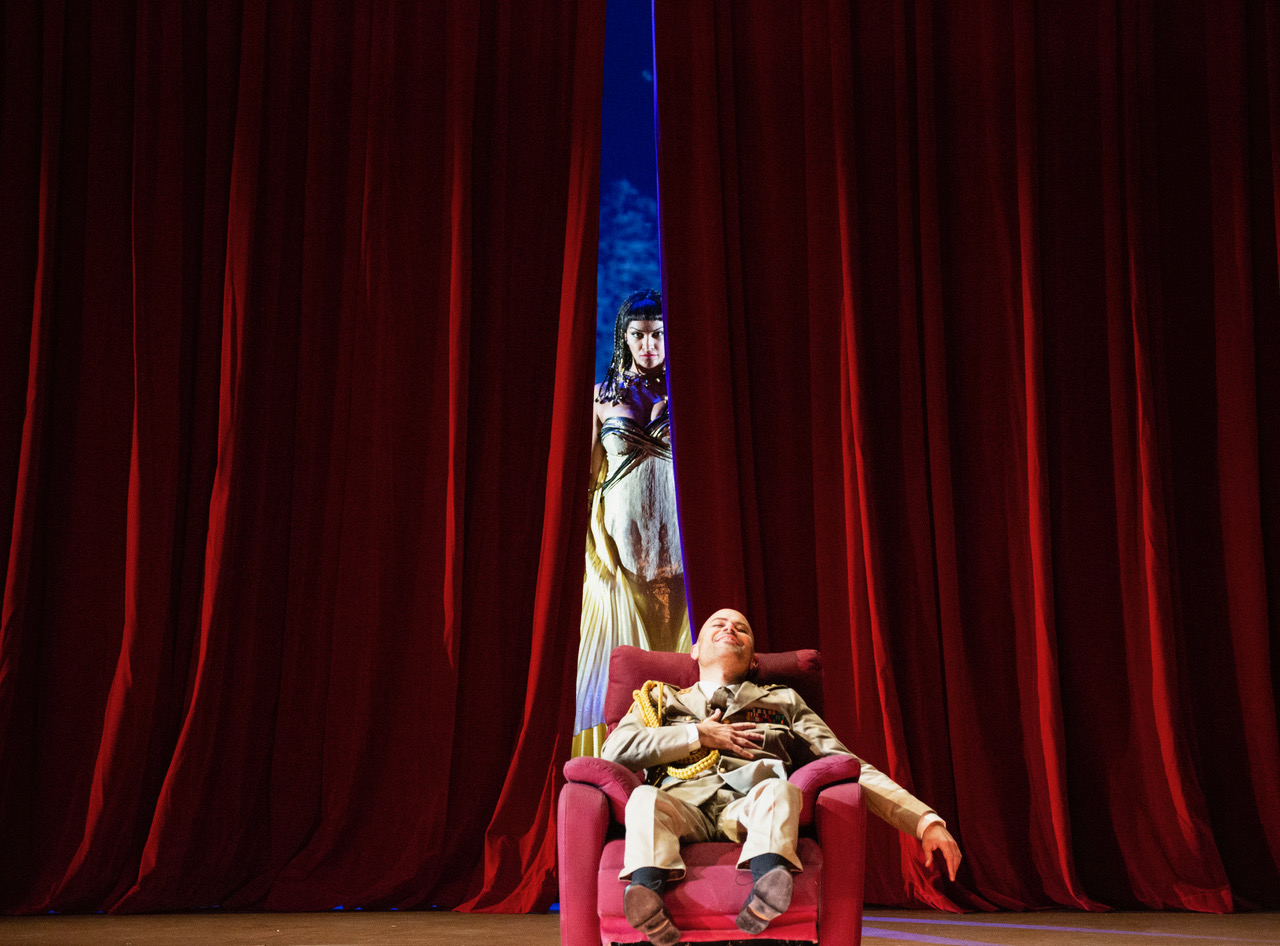 More effectively vocally is the Sixth interpreted by Philippe Jaroussky , who is easily on par with the dramatic figure of Cornelia, the extraordinary Sara Mingardo (the only all-round character in the opera). Their duet at the end of the second act is striking, but here it is followed by the attack of the second, because the show is divided into two parts. The first closes with a fantastic coup de théâtre invented by Carsen, with Caesar invited to attend the screening of a film produced by a hypothetical Piramide Film on the femmes fatalesof the desert, Claudette Colbert, Vivian Leigh, Liz Taylor, the great Cleopatraes of Hollywood, and for the first time on the screen Lidia (name of Cleopatra in incognito) that is to say the de Niese. When after the austere symphony she presents herself in flesh and blood and attacks on the same instrumentation “V’adoro pupille”, agitates the so-called wings of Isis, accompanied by some dancers also winged in a swirl of butterflies or animated corollas. A quote from the Serpentine Dance, a famous pre-cinema sequence that gave the illusion of movement. Following Caesar can only fall into a swoon and sing happy “Se in fiorito and pleasant lawn”, accompanied by the violin only to Vivaldi. 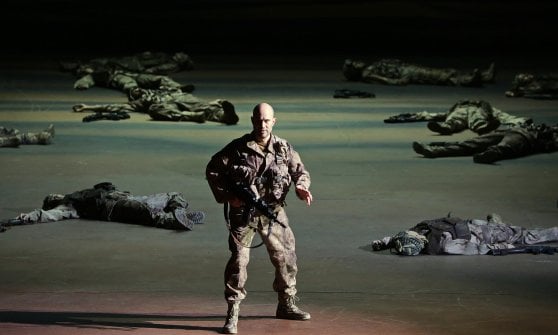 The director expressed himself in continuous inventions, impossible to list, but never free, always in tune with the situation, from the harem women mute from black gags, to the peaceful exchange of gifts between the western and eastern delegation, with elegant bags of a Roman fashion house against djellabah, which however does not convince Cesare. In fact he sings the air of the clever hunter, accompanied by the horn (for a moment in défaillance), which does not trust appearances.

Carsen has chosen to give a break to the “da capo” of the arias, or by changing the scenic situation or by lowering a backdrop that isolates the singer in proscenium. A very effective solution, because it prevents monotony, but above all it gives the recovery a sort of estrangement that gives a meditative form to the song. Where, however, the director has allowed himself an elegant sneer that has sparked applause and laughter, at the end of Cleopatra’s air “From storm the broken wood”, when everything is about to resolve. An elegant tub already filled with foam is brought to the stage and Danielle de Niese, modestly hidden by a long white cloth, dips into it, warbling and joyfully waving her legs. At the end it is left to roll up in the cloth by the maids, but to get out of the scene he unrolls making us imagine that in the fifth he will find himself naked. The singer had to face another roll at the beginning, because in memory of George Bernard Shaw’s play, the good Carsen had her reach Caesar’s tent inside a rug. In short, the winks were not missed throughout the show.

Festive welcome to all at the end, with long and well-deserved applause.