By Andrew Preston For Weekend Magazine 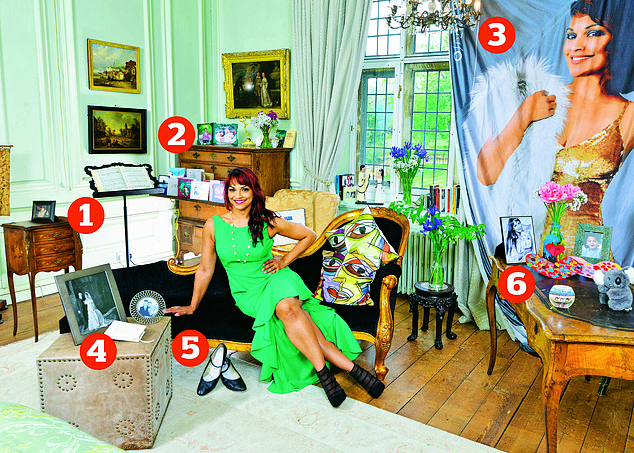 Danielle de Niese (pictured), 40, shared the items of personal significance inside the office of her home in East Sussex. The opera star is currently starring in Cendrillon (Cinderella) at the Glyndebourne Festival

I sang the role of Cleopatra at Glyndebourne for two summers before my husband Gus [Christie, chairman of Glyndebourne Festival Opera] and I started courting.

We married ten years ago, so now it’s home and this room is where I learn music.

I treasure this battered score of The Marriage Of Figaro from when I was 18 and won the lead role in my first year at New York’s Mannes School of Music.

That part led to an audition for the New York Met Opera, where I made my debut aged 19.

This picture shows the love between my mum, dad, brother and me.

My parents were from Sri Lanka, but met and married in Australia, where I was born and this was taken.

So too was the photo next to it of my 97-year-old grandmother, who’s very healthy and a huge inspiration.

When I was ten we moved to Los Angeles to help my chances as a classical singer.

While at school there, I hosted a TV show called LA Kids, and won an Emmy for an episode about AIDS and children. 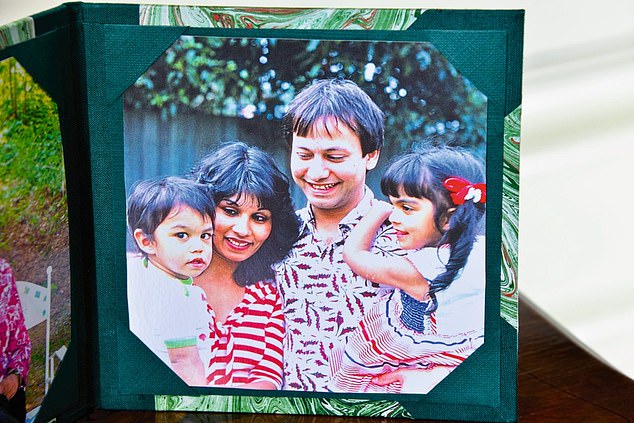 ‘This picture shows the love between my mum, dad, brother and me,’ says Danielle

The first night of The Merry Widow was on New Year’s Eve 2017 for the reopening of Sydney Opera House.

It was such a wonderful return to my homeland.

These banners were on every street – but I keep it folded up and don’t sit looking at it every day! 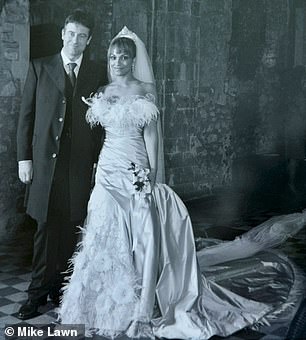 Danielle treasures this photo taken on her wedding day in 2009

Gus and I married at the church of St Bartholomew The Great in London in 2009.

I wore a fab Donna Karan dress, and carried this Bible with a spray of flowers.

The sculpture of us on the windowsill as Cleopatra and Caesar was a present from two of my best friends.

We adore it, but it makes us giggle.

The sculptress worked from photos and let’s just say it doesn’t quite bear the resemblance to us that our friends had hoped!

These tap shoes take me back to my early teens in Los Angeles, when I loved dancing.

When my parents found them they were totally wrecked, but I’ve had them restored.

My teachers wanted me to quit singing and become a professional dancer, but luckily I’ve since managed to bring some dancing into my work in opera and musical theatre. 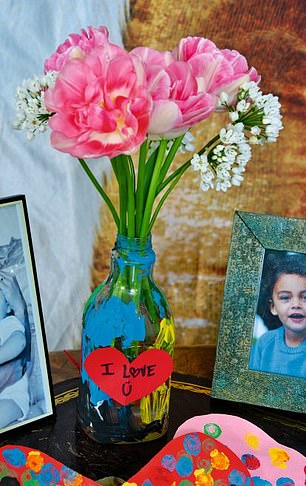 ‘My son, who’s just turned four, painted this vase and these hearts for me,’ Danielle says

6. WHERE THE HEART IS

My son, who’s just turned four, painted this vase and these hearts for me.

He’s called Bacchus, or Bax for short. We wanted a Roman name because Gus is really Augustus.

When Bax was born he was very wide-eyed and observant, and he’s travelled with me from 12 weeks old, so he’s been all round the world already.

We’re lucky because he adjusts well to every place he goes, but he still loves coming home to Glyndebourne.

As told to Andrew Preston. Cendrillon (Cinderella) is at the Glyndebourne Festival until 2 August, see glyndebourne.com. Danielle is also in recital at the Cheltenham Music Festival on 10 July, cheltenhamfestivals.com/music