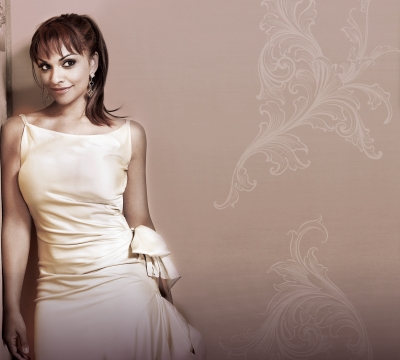 Beethoven’s 5th crashes on the soundtrack and a sweeping shot of a grand concert hall fills the screen. No, not a trailer for the Proms, but the opening of a slightly less conventional journey through the grand tradition of Western classical music.

It was clearly a labour of love and she approached her task with the same gusto as tackling a Puccini aria, unearthing masterpieces from across the centuries and pleading the cases of geniuses like Abbess Hildegard of Bingen, the 12th-century nun whose polyphonic hymns to God were the foundation of Western music – but lived in an era when ordinary women were only allowed to mime in church.

Her story – celebrated in her day but then sidelined while male composers in the same field were given much greater prominence – was one which sadly echoed through the ages. As in the case of Francesca Caccini, the first woman to compose an opera, but regarded by the 17th-century Florentine court as an employee and subjected to snide remarks by contemporary chroniclers. Or Elizabeth Maconchy, whose works were performed at the Proms but regarded as somewhat modernist and experimental – “like dozens of other composers of the time, who happened to be men”.

De Niese clearly felt an affinity for her subjects, and finding out more about them, with the help of equally enthusiastic authors and academics, made for great television. Clara Schumann’s downplaying of her own talent as she devoted herself to Robert, her troubled genius of a husband, and Florence Price’s struggle to overcome the double stigma of being female and African American became stories as compelling as those of their male contemporaries.

But the music needed no special pleading and the scenes when de Niese had a go at some of the vocal pieces, one artist truly discovering another, were an absolute joy.