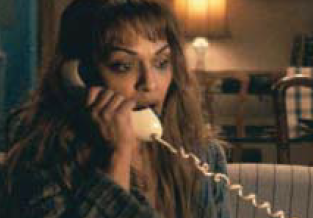 The telephone is Danielle de Niese’s co-star in a new film
version of Jean Cocteau’s play La Voix Humaine, set to a score by
Francis Poulenc.
The Royal Opera House and BBC co-production has an air of danger, and poignancy, as de Niese’s Elle (right), alone in her boudoir, makes a desperate phone call to a lover about to cast her aside.

The phone is the only tool that links the lovers in director James Kent’s sultry, atmospheric film. There’s a nice pre-performance scene in which de Niese discusses this with conductor Antonio Pappano. I’d like to see producer David Parfitt bring this team together again. La Voix Humaine will be shown on BBC2 in the spring.