It’s a truth universally acknowledged that once a girl lands the rich man with the stately home, her story ends there with marriage and children.

She may live at the incredible Glyndebourne House – its opera house was built by her husband’s grandfather when he too fell in love with a soprano – but Danielle sings to her own tune.

Though she was a star in her native Australia from age nine and an Emmy winner at 16, Danielle will not rest on her laurels.

It was the annual opera festival at Glyndebourne that put her on the map here. 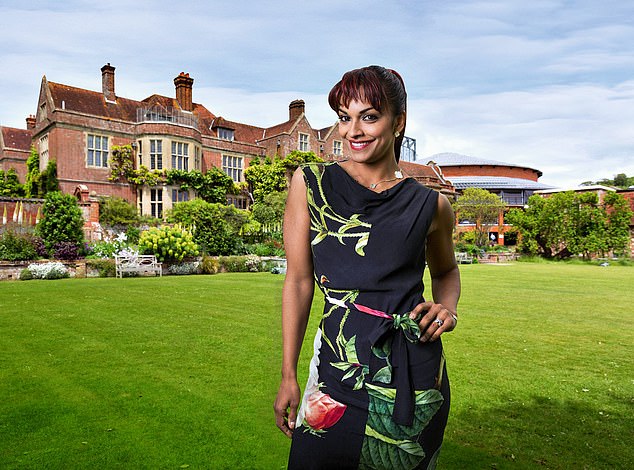 Opera singer Danielle de Niese (pictured) who was on Broadway in Les Misérables by age 18, spoke about her upcoming role as Aldonza in the revival of musical Man Of La Mancha

A star turn in Cleopatra in 2005, after the original soprano dropped out, made the critics take notice, saying the dark-eyed diva with Jessica Rabbit curves put the ‘sex into Sussex’.

A year later she returned to the festival and began a romance with the house’s divorced owner Gus Christie, executive chairman of Glyndebourne Productions.

She may be chatelaine of one of Britain’s most famous properties, but she is much more than that.

‘I never wanted people to write me off, to say, “Now she’ll go off and have babies”, so I put pressure on myself to show I’m more than that,’ says Danielle.

Today we are in the London Coliseum to talk about Danielle’s most high-profile role to date here outside of the opera calendar.

She will perform with Frasier’s Kelsey Grammer in the revival of musical Man Of La Mancha, which hasn’t been in the West End for more than 50 years.

Kelsey plays Cervantes, who has been imprisoned but imagines he is Quixote and his fellow prisoners are in the imaginary story of knights and damsels in distress.

Gradually, in this story about the power of imagination, the prisoners start to believe it too.

Danielle plays prostitute Aldonza, who in Quixote’s imagination is the perfect maiden, Dulcinea. 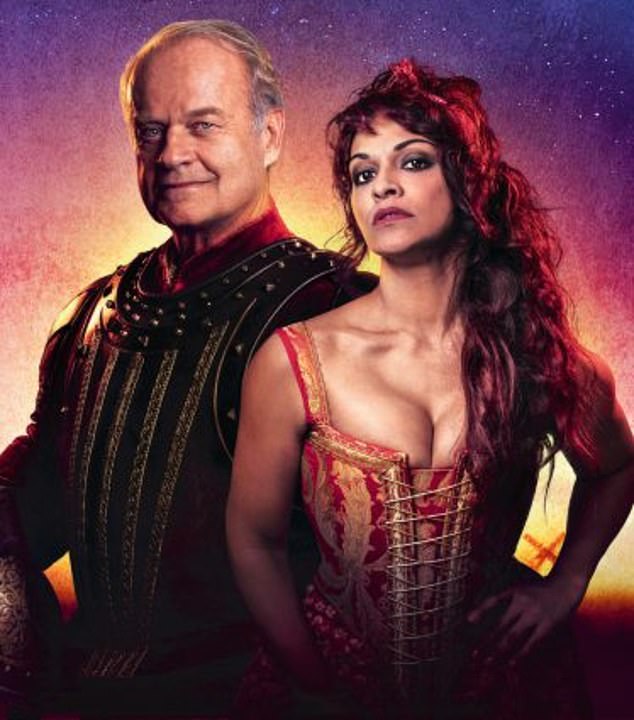 Danielle (pictured in costume with Kelsey Grammer) knew she wanted to be an opera singer from the age of eight, her mother spotted her extraordinary talent at a young age

‘She’s cynical, unnerved by this person who refuses to see her for what she is, but thinks she is greater,’ she says. ‘But eventually she believes him.’

When we meet just a few days into rehearsals, she’s already in awe of Kelsey.

‘People will be surprised at what an accomplished man he is and how great his voice is,’ she says.

‘Surprisingly, the super-resonant voice he had as Frasier is not his actual voice.’

One of the most famous songs in the musical is The Impossible Dream, a tune with particular resonance for Danielle, 40, as it was one her mother sang to her.

Her parents, who are from Sri Lanka with Dutch and Scottish heritage, moved to Australia before she was born.

Neither were musicians, but her mother had a musical ear and spotted Danielle’s extraordinary talent.

‘From the age of two,’ she recalls, ‘I’d sing that song back to my mum with perfect intonation and from eight I had a singing teacher and knew I wanted to be an opera singer.

‘My motto, from my mum, was “dare to dream”, which is the theme of Man Of La Mancha.’ 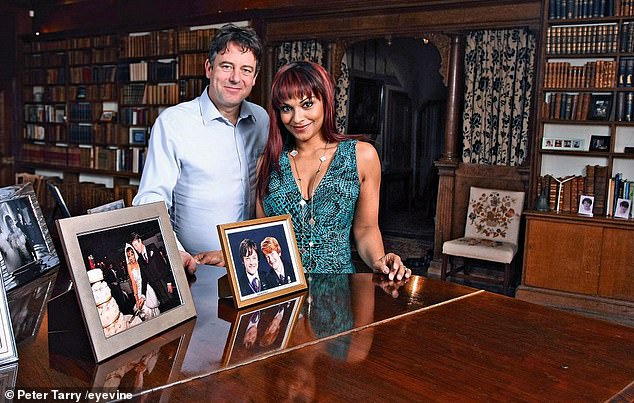 At the age of nine she won a children’s TV talent competition and when the family moved to America when she was 11, she hosted TV show LA Kids, for which she won an Emmy award.

She made her professional operatic debut aged 15, by 18 was on Broadway in Les Misérables and at 19 she made her first appearance at the Metropolitan Opera in New York.

Despite her success, Danielle is very down to earth.

She confides about having to diet and listening to Beyoncé and Coldplay before going on stage.

She giggles as she tells me about the inspiration for his name, Bacchus.

She wanted a name that would be a nod to his father’s Roman name (Augustus) and thought Bacchus, a great thinker and the god of wine and theatre, would be perfect.

‘I told Gus the story and he said, “God of wine. I love it!” I said, “We’re not calling him Bacchus if that’s all you see.

‘I don’t want you raising a glass to Bacchus for the rest of your life. 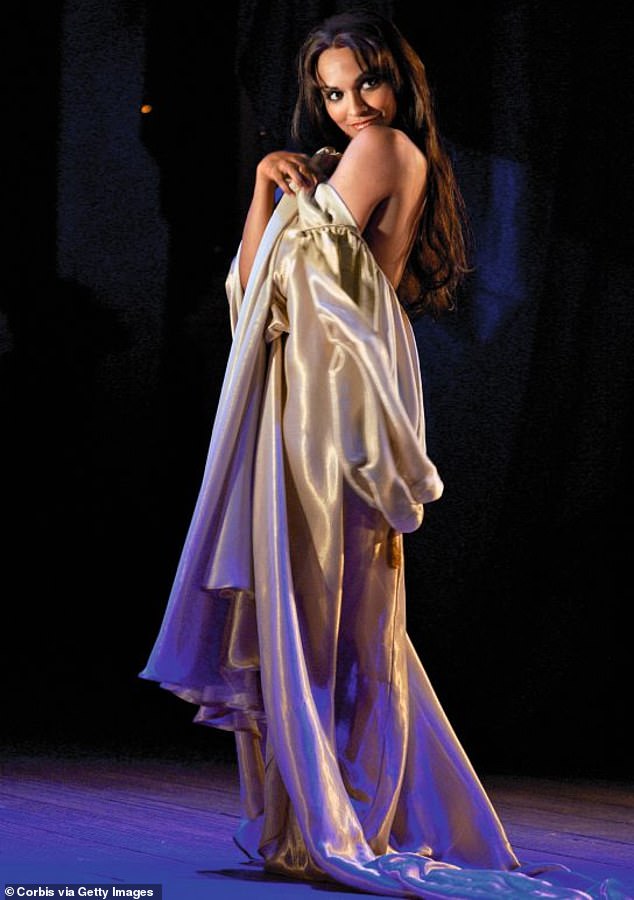 Danielle (pictured) recalls one of the greatest moments of her career as singing at Glyndebourne, just weeks after her son Bacchus was born

‘But then he was born and he seemed like a Bacchus. He’s wonderful and people are delirious about him, so he’s living up to his name.’

Danielle was once told that to have the career her voice deserved, she should never be a mother.

It was partially to quiet the naysayers that she went back to work three weeks after Bacchus was born, singing at Glyndebourne.

‘I wouldn’t have done it if I didn’t live there,’ she says.

‘I knew I could see the baby whenever.’

But it grew more challenging when, during rehearsals, she injured both ankles jumping off some stage furniture.

‘During lunch breaks I’d have my legs up in the air, covered in ice, I’d have Bacchus breastfeeding and I’d be eating a salad – I was trying to lose weight to fit into my costume.’

It was actually one of the greatest moments in Danielle’s career.

‘Being a mum enhanced everything,’ she says.

‘It was all imperfect but, because of its imperfections, ended up perfect.

‘And it brings me back to The Impossible Dream. This was my impossible dream, but it worked.’

Man Of La Mancha will run from 26 April to 8 June at the London Coliseum. Visit eno.org for tickets.