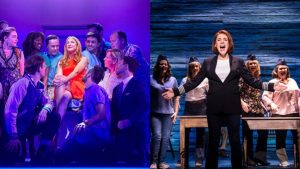 The 2019 Olivier Awards, hosted by Jason Manford April 7 at Royal Albert Hall, will feature performances from all the musicals nominated in the Best New Musical and Best Musical Revival categories: Come From Away, Company, Fun Home, The King and I, Six, Tina–The Tina Turner Musical, and Caroline, or Change.

Viewers can also expect a performance from Disney’s The Lion King, celebrating the production’s 20th anniversary in the West End. Additionally, Beverley Knight will perform during the In Memoriam tribute.

READ: 2019 Olivier Award Nominations: London’s Company and Come From Away Lead the Pack