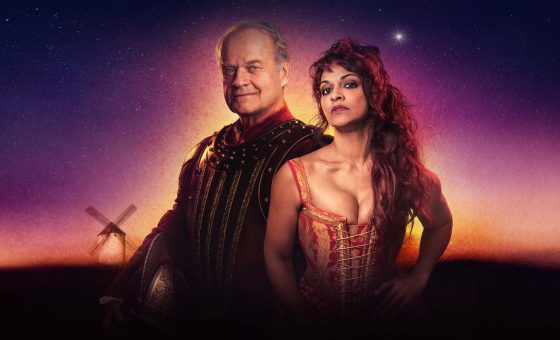 The inspiring story is about a man who is determined to protect all that is good and true, and not be afraid in the face of grave adversity.

As a prisoner awaiting trial from the Spanish Inquisition, Cervantes himself transforms the world around him into that of Don Quixote, resplendent with chivalrous knights, grand quests and unabashed love.

Man of La Mancha at last returns to the West End after 50 years, for a limited six weeks only.

Man of La Mancha is being conceived for today by Lonny Price, who also directed Linnit and Grade’s acclaimed London productions of Carousel, Sweeney Todd: The Demon Barber of Fleet Street and Sunset Boulevard, as well as the hugely-successful subsequent Broadway transfer of Sunset Boulevard.