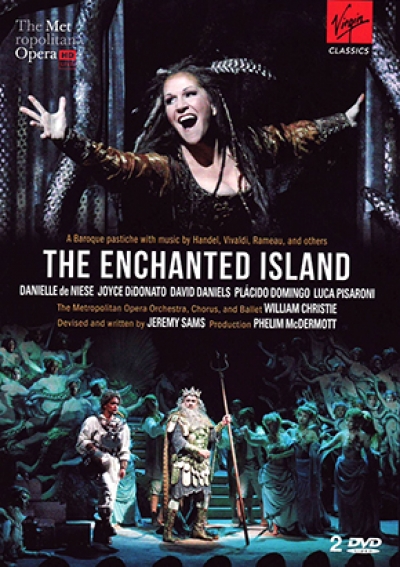 Jeremy Sams helms the Met’s acclaimed 2012 production of the 18th-century Baroque opera based on musical librettos by composers including Handel, Vivaldi and Rameau. Conductor William Christie leads an all-star cast including Plácido Domingo, David Daniels, Joyce DiDonato, Danielle de Niese and Luca Pisaroni. The production is directed and designed by Phelim McDermott and Julian Crouch. This piece premiered at the Metropolitan in New York on New Year’s Eve 2011.